ISAACS STORY the choice for vaginal delivery was taken away from me because I had a low placenta. I made my peace with it and waited the date. The anaesthetist had some difficulty getting the spinal in and was quite rough I thought. On the 4th attempt it went in finally. I felt quite scared on the table. Partly I think because I have seen a c section performed and know how brutal it looks and partly because I’m a nurse so I could tell the concerned tone of voice when things weren’t quite right. They were having difficulty getting Isaac out. He was stuck and they started yelling for someone to push from up my end. The anaesthetist started shoving down on my stomach and in what seemed like an eternity he was out and safe and well. I was rough for a few days afterwards and it turns out my blood count was really low but I asked to try just on iron tablets because I just wanted to go home. After a scary time on the table I recovered reasonably well post operatively. That time. 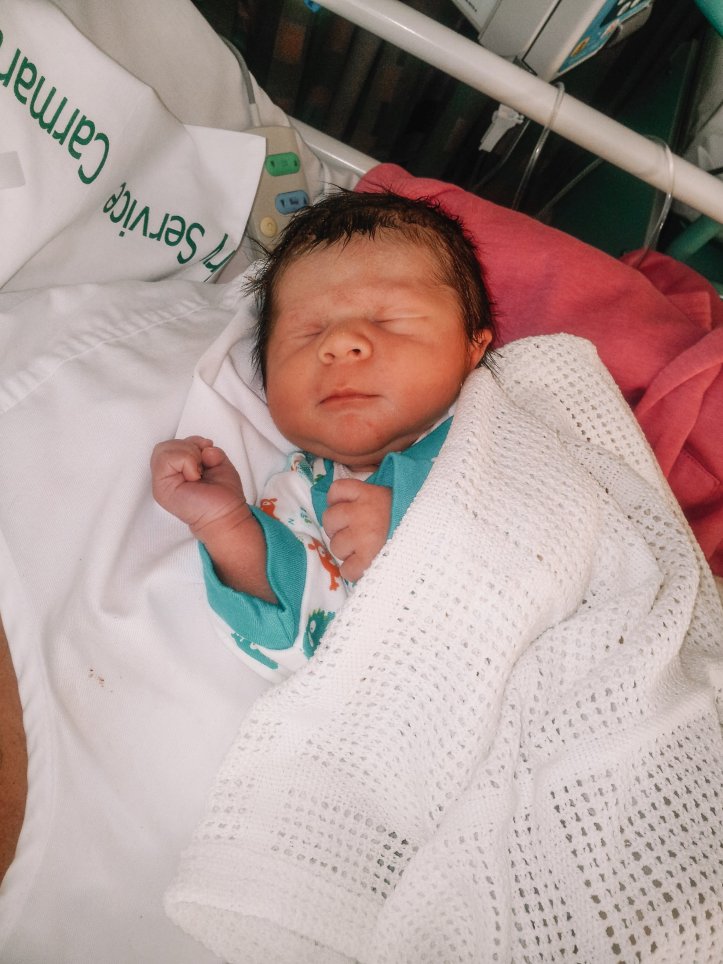 EZRAS STORY I was aiming for a VBAC with Ezra but had an elective c section booked for 41 weeks if I hadn’t delivered spontaneously by then. The day before the c section was due I had a consultant appointment and asked if I could have a sweep. He asked if this other doctor could do it which I agreed to. I wish I had said no. It was the most horrendous experience of my life. It was so painful and I just felt violated later. I did not know if that was normal or not. I left the clinic and had only got down the corridor when I knew I was going to faint. I sat down and took deep breaths until I felt ok enough to go back to the clinic. I got back and the Consultant saw me and checked me over. He insisted it wasn’t pregnancy related and arranged for me to be checked at the minor injuries unit in case it was my heart. I had a fantastic emergency doctor there who explained it was most likely cervical shock from the sweep. They monitored me for 4 hours and discharged me as I was feeling a bit better.

When I got home the severe cramps started which I wasn’t too concerned about because I just thought that the labour must be starting. Now remember I’ve never laboured before so I had no idea what to expect. I was really alarmed when the spotting started. I called the midwife and she said to monitor as long as I wasn’t soaking through pads not to be too concerned. The bleeding increased and by the night I was passing small clots. I called the hospital and they told me as long as they were smaller than a 50p it was ok to stay home. I was getting really frightened by now and my anxiety was really ramping up. I took some painkillers and went to bed to get some sleep expecting to go into labour overnight. I woke at 5 am with severe pains. I went to the toilet and there was lots of blood and large clots. I called the hospital and they advised me to come straight in.

By the time I got there I was in full on panic mode. Terrified that me and/or the baby would die. Thankfully I had a lovely midwife who was really reassuring. The baby was doing ok on the monitor and the bleeding had eased slightly. The consultant checked me over and decided I could stay on the afternoon elective list.

The hours passed in a blur of anxiety. I was so anxious going over to the theatre with the recent events and my past experience of c section. Thankfully again I had a wonderful anaesthetist who I explained the previous issues to and he was so reassuring. He got the spinal first time too and quite comfortably. I don’t know whether he sensed I was on the verge of losing it but he talked to me through the whole procedure and told me exactly what was happening over the drapes which helped me so much. I think there was quite a bit of bleeding as they said I had a large placenta and they were in my abdomen for ages afterwards cleaning up.

This time recovery was bad. I had really bad pain and distension on day 2 which turned out to be paralytic illeus. It delayed my discharge as they had to restrict my oral intake. I begged to go home on Christmas Eve and with a lot of persuasion that I wasn’t going to stuff a huge Christmas dinner the next day she let me go. My mum had us over for Christmas dinner that year. I can’t really remember any of it.

Days passed and I don’t even recall which day now but my vaginal loss started to smell offensive. I was given some antibiotics to take. As the weeks went on my bleeding didn’t seem to be slowing and I was still passing some clots. I felt absolutely wretched. I saw the doctor about it and she prescribed some more antibiotics and some tranexamic acid to slow the bleeding. I was booked for a scan to check for retained products. At some point amongst this shit fest I also had a urinary infection. Joyous.

Everything seemed to have come away with the antibiotics and the scan was clear. The bleeding eventually stopped around 12 weeks post partum. The recovery after this c section took so much longer.

I would never want another c section. Ever. When people think a c section is the easy way out they are so wrong. As long as the baby comes out safely that’s the main thing.