Summer holidays are over and the children are back to school but we still have all our great memories! I am so excited to share with you our day at Paultons Park family theme park. It was our final little outing before school started back. If you have small children you will know that Paultons Park is home to Peppa Pig World. But it is so, so much more than just Peppa Pig World with over 70 rides and attractions. It really is the perfect day out for families of all ages. 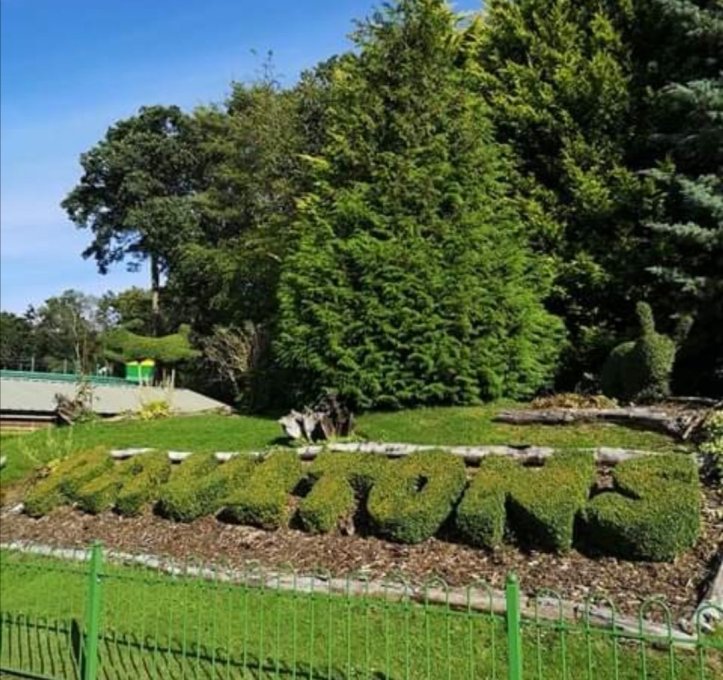 We were traveling up from Wales and decided to drive up the day before and have a stop over so that we could hit the theme park first thing the next day. Being a big family can sometimes be tricky getting reasonably priced accommodation but I found a fantastic place via AirBnB just 10 minutes from Paultons Park and highly recommend it. 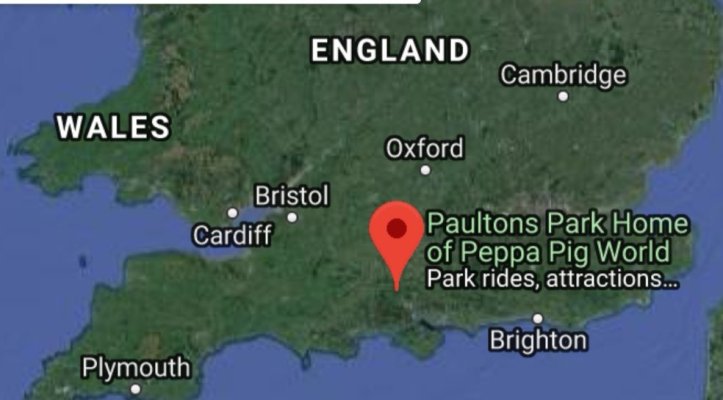 Being the girl guide that I am we made a loose plan of how we were going to explore the theme park to make the most of our day whilst also keeping our children aged 1, 6, 13 and 16 all happy. As we arrived we could see the frame of the Cobra rollercoaster and that decided where were starting. This was going to be the first big rollercoaster our 6 year old had been on and he couldn’t contain himself! What a thrilling ride!

As soon as we got off he wanted to go right back on!Then we saw Magma everyone wanted to go on too. That was an absolute hit with everyone. Little little and I enjoyed watching it from the side. I then took him over to the very nearby Percy’s play park. It’s rated from aged 5 but he’s a daring little soul and as long as I stayed near it was fine for him. We all met up here for an early lunch and there was plenty of seating area around the park and in view of the water kingdom. 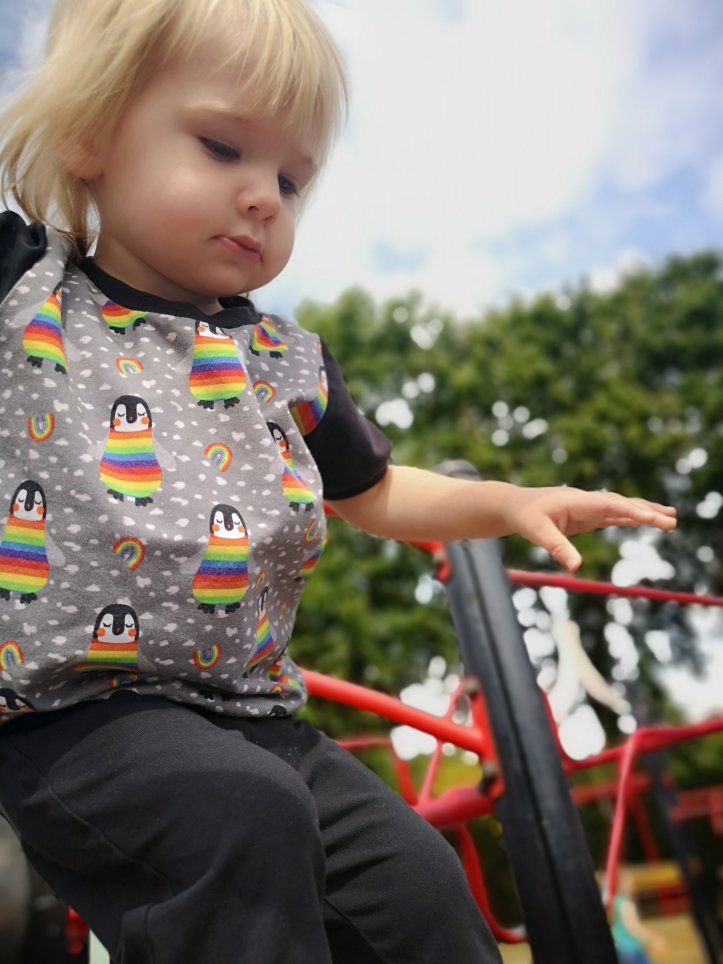 Top tip as you come into the park there are storage lockers situated to the left for £4 for the day I believe. However, at the Water Kingdom next to Percy’s play park there are lockers for £1. It does keep your money everytime you open it though. My suggestion would be to do what we did and take a large cool bag with the picnic (you guys know how much we love a good picnic) and a smaller cool bag to take some snacks and drinks around. If youre going to be in and out all day though the other lockers may suit you better. 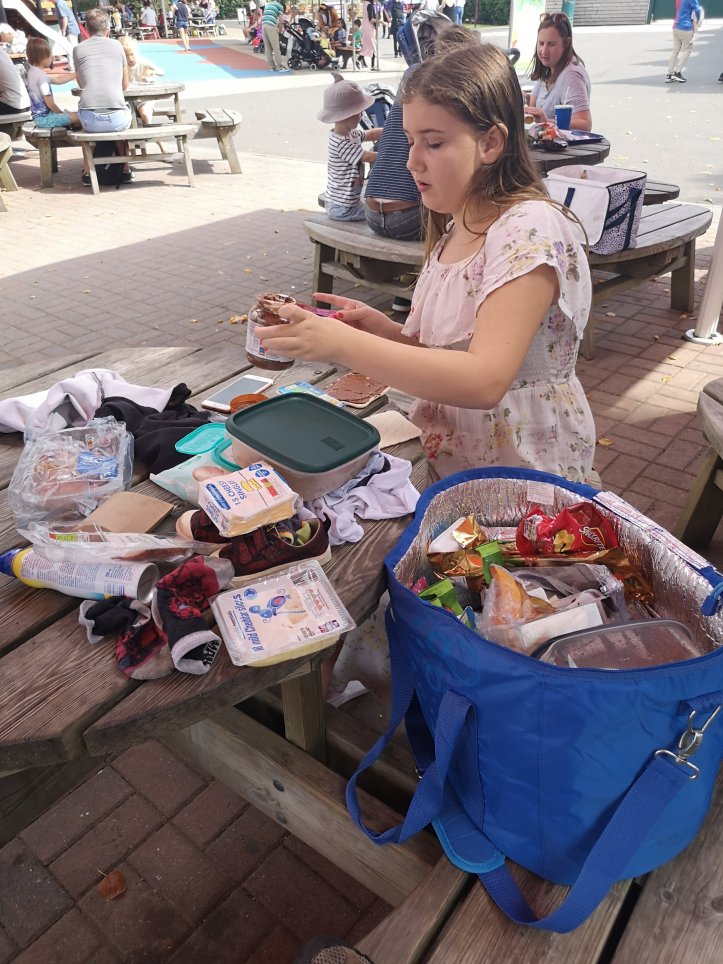 Top tip take clothes and towels for the splash park. As soon as little little spotted the splash park there was no stopping him. You guys know what he is like for water! Thankfully we had the heads up and went prepared. While the 2 youngest played in the amazing water kingdom the rest of us ate our lunch at a table overlooking the area. It was just perfect.The youngest 2 were having such a fine time we let them play a bit longer. 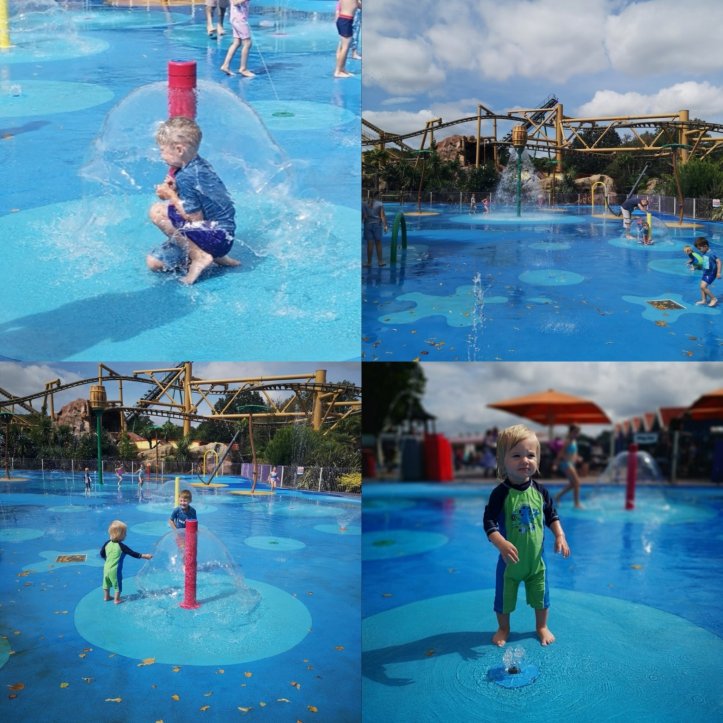 While the hubster packed up the picnic our eldest and I went on the Flight of the Pterosaur at the Lost Kingdom. Oh my gosh what a ride! I could seriously ride this theme park rollercoaster all day! Although probably was a bit of a school girl error jumping on straight after lunch.

While we were at the Lost Kingdom we saw the Alive! Dinosaur Encounter and came face to face with a T-Rex. We also rode on The Dinosaur Tour Company which was suitable for our toddler and he loved riding up front and steering the car whilr seeing all the different dinosaurs. While we enjoyed this our eldest tried out Velociraptor which he really enjoyed. 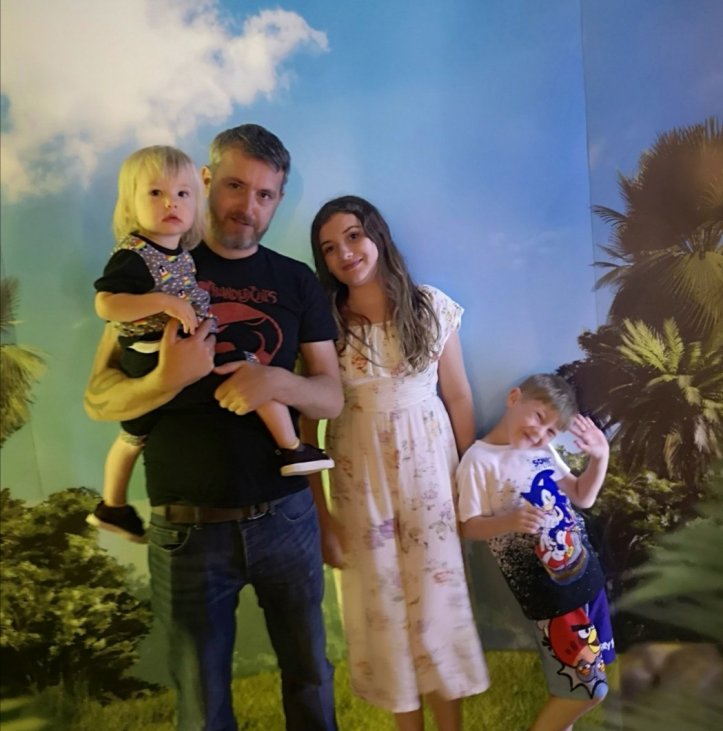 We had a lovely wander through the Discovery Trail and exited right by the Flamingos. There are several beautifully themed gardens to explore with fantastic statues and amazing topiary. There are also 4 or 5 other Bird Enclosures in the vicinity. 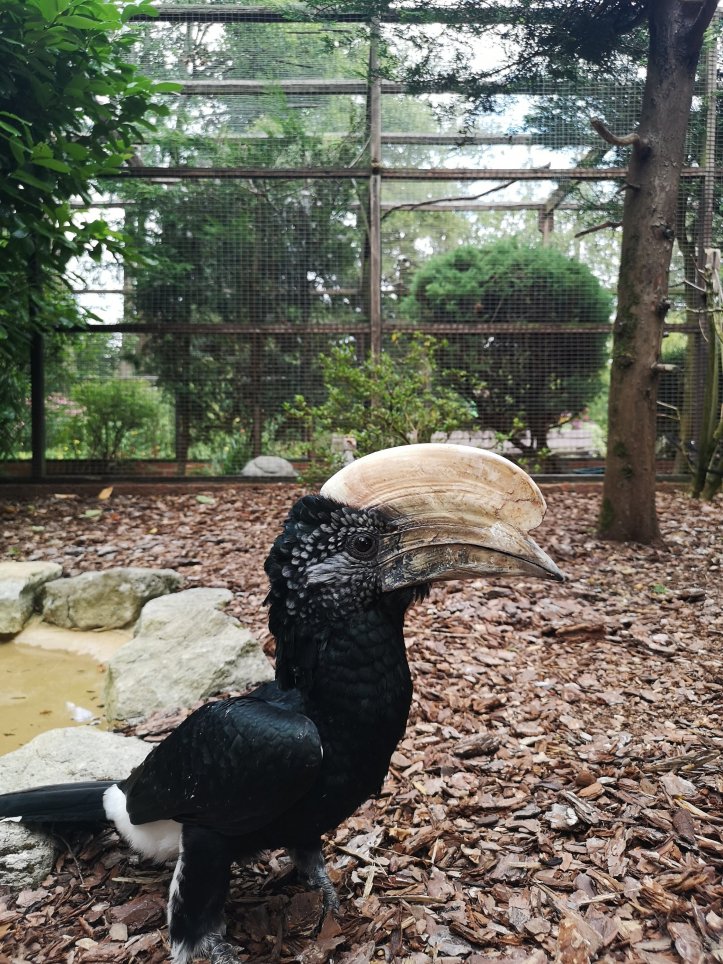 Critter Creek was our next area to explore. I took the bigger children on to the Cat-o-Pillar and hubster took the little on to Professor Blast’s Expedition Express. The Cat-o-Pillar was so much fun and we got off in time to see the little enjoying his ride on the train.

It was time to make our way over to Peppa Pig World. There was still so much to see on the way there! A couple of quick ride stops for the Viking Boats and the Pirate Ship. It is just here you will find the Tortoise Hut and just a smidge further are the Penguins. You can see Peppa Pig World from here. I’m not going to lie I was super excited! 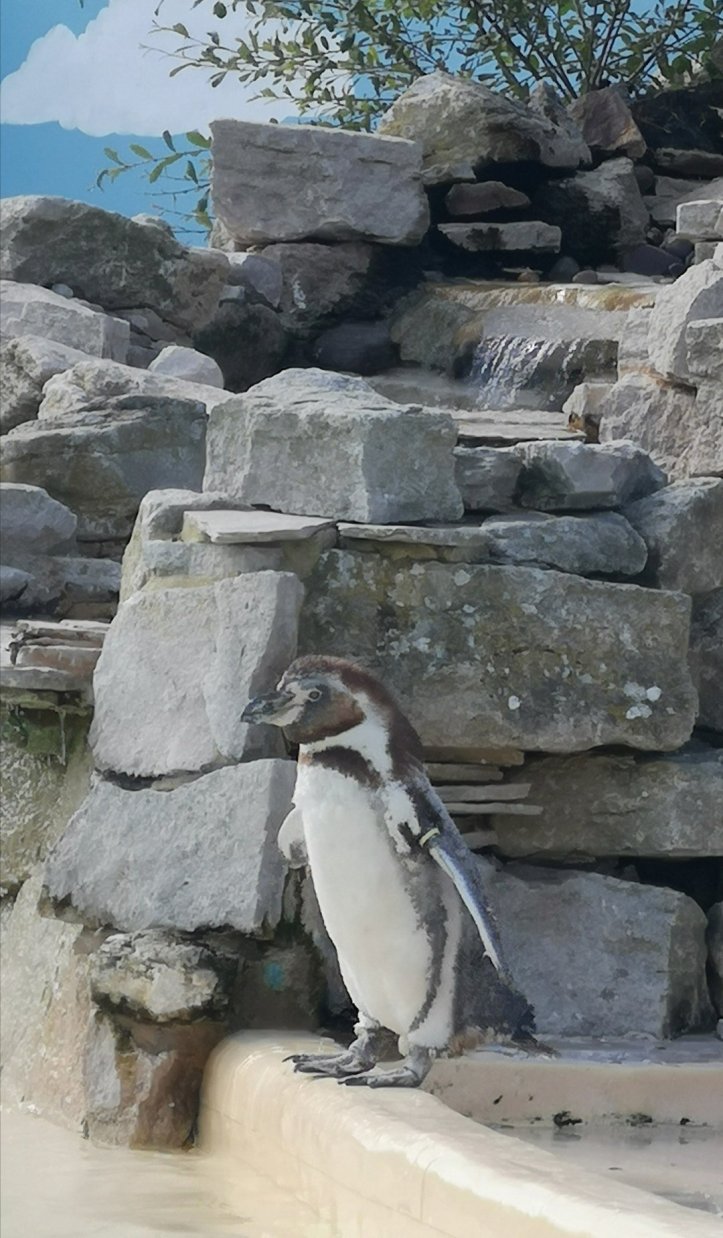 Peppa Pig World was really busy. Up until now Paultons Park had been busy but reasonable. It was pretty much toddler carnage here! I was loving it! The music was playing, it was so bright and colourful. It really did feel magical there. We went into Mr Potatoes Playground to release the toddler while we got our bearings and had a look what we were going to do first. 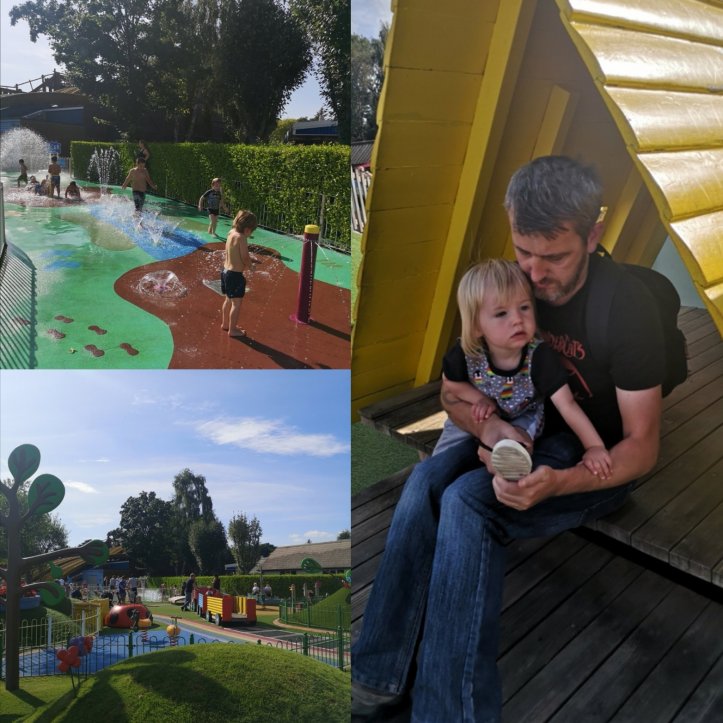 Oh my days I wanted to go on it all! The Windy Castle and Peppa’s Big Baloon Ride were top of my list. Hubster and big little went on Wave Runner which looked absolutely brilliant fun! Unfortunately the 1 year old was not for queuing. He was more than happy playing, dancing and clapping in Mr Potatoes Playground though. The older kids didnt really want a go as they wanted to go back on the thrill rides and I would have felt a bit odd going on without any children. So hubster took the bigger children back to the thrill rides and I stayed with little little in Peppa Pig World. 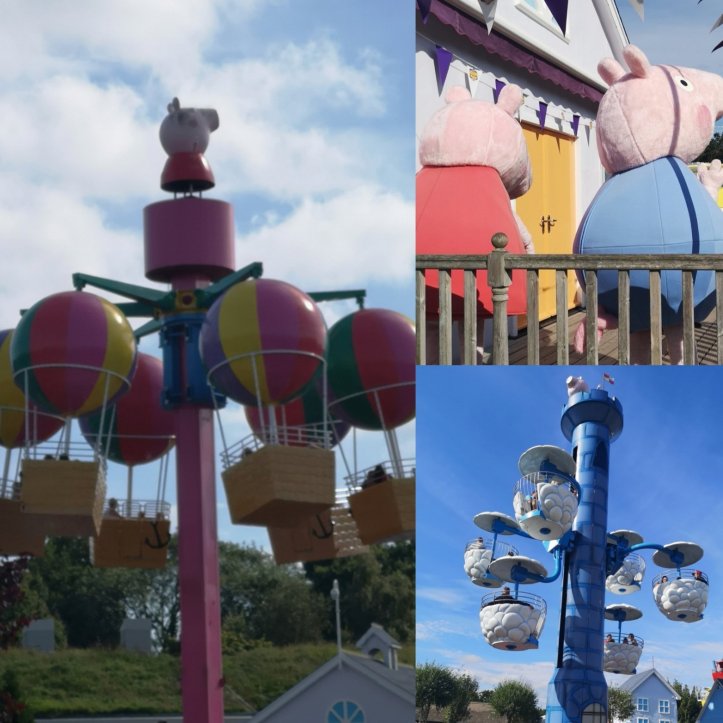 We walked around looking at all the exciting rides and listening to the music. We saw Peppa Pigs House, waved at Grandpa Pig’s Little Train and waved at everyone on George’s Dinosaur Adventure. It was such a beautiful day that we didn’t go into George’s Spaceship Play Zone and little little was in his element in Mr Potatoes Playground. We even got to see Peppa and George make an appearance and they gave us a wave and Baba was thrilled. 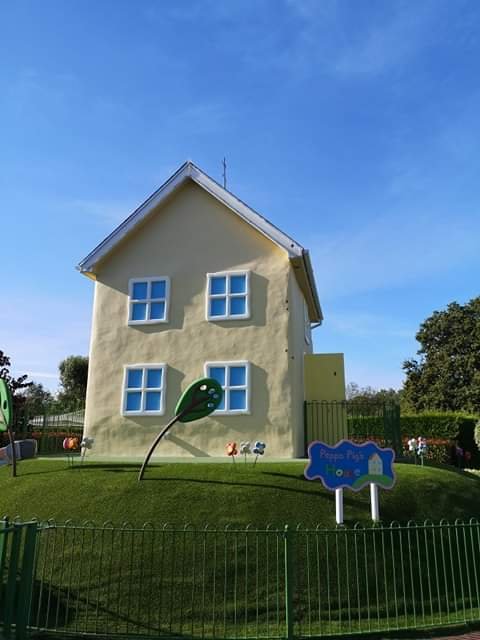 Before we headed back to join the others we had a look around Little Africa where we saw the Meerkats, Fennec Fox, Mongoose and African Porcupines. The little just loves the Meerkats. 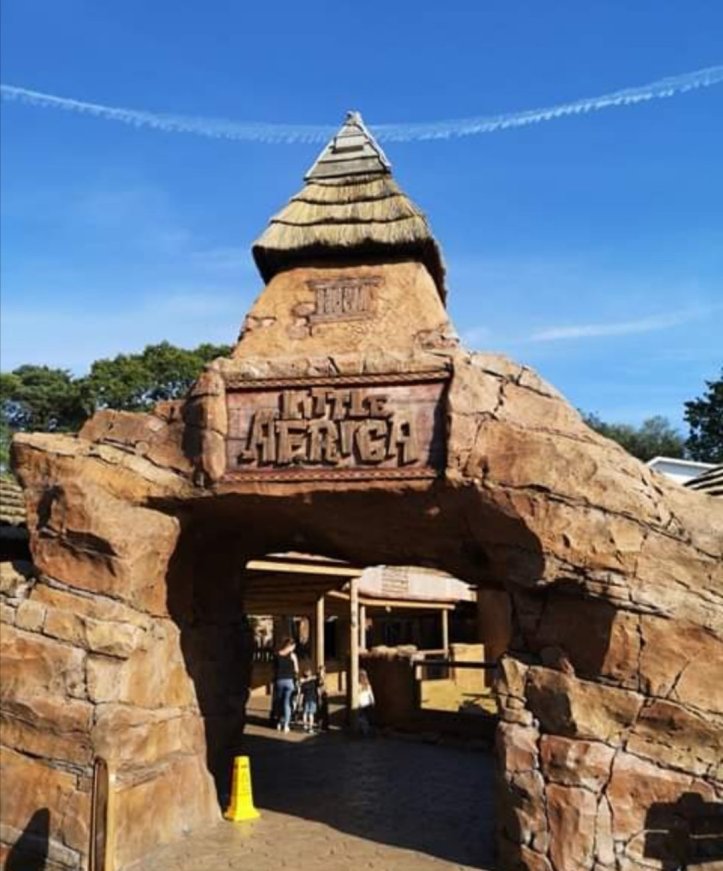 We met back up at the Raging River Ride and jumped on for a ride. It is actually THE BEST water ride I have ever been on. So much fun! We still ha some time left so we took a couple of turns on the Sky Swinger. 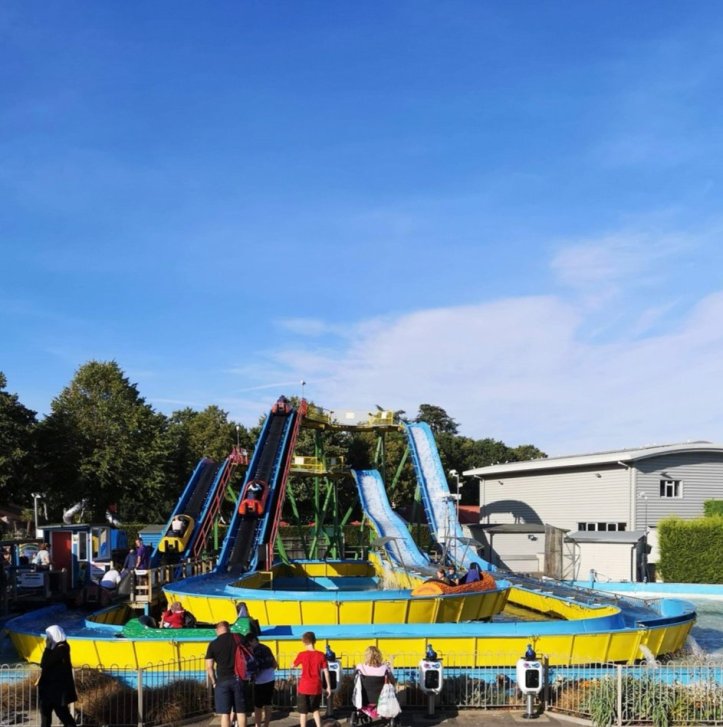 It was so hard to leave. We all had an amazing time. I have been to theme parks before but Paultons Park really does have it all. Even walking from one area to the next was exciting because we didn’t know what we were going to see next. We will definitely be making a return trip and can’t wait until Tornado Springs is completed in May 2020. It looks like its going to be epic!! 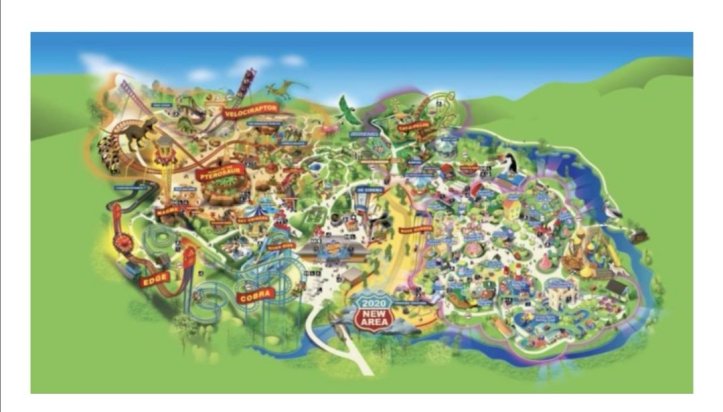 I think if you are going to visit Paultons Park I would definitely recommend you get the 2 day pass if yo want to see and do everything. It is 100% a family theme park and suits a variety of children’s ages from 1 to 16.

Link to the official app

Final Top tip: make sure you take your picture at the Paultons Park sign when you arrive and everyone is happy and excited and not when you’re leaving and your toddler is cranky and your 6 year old doesn’t want to go home (check out that face). 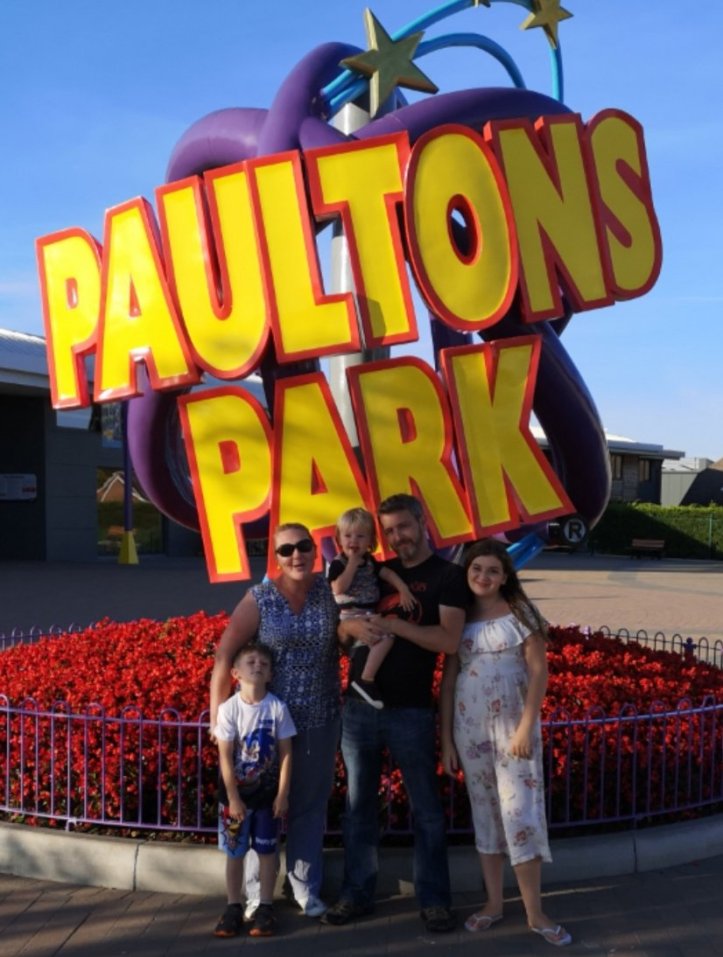 Hope you had fun reading and find it useful if you’re planning on going to Paultons Park or Peppa Pig World. Let me know in the comments what your top tips are when visiting theme parks.

Declaration: This was a gifted collaboration to Paultons Park family theme park. All the views and opinions contained in this blog are my own.