My Toddler has a Speech Delay

Ad. This blog contains a link to Speech Blubs app. I contacted them for help and they kindly gifted me access to the app in return for an honest review on my blog. Everything contained in this blog is my own honest opinion. As always I would never promote anything I didn’t honestly love.

I am not sure exactly when I noticed that Ezra was slow starting to speak. I know I brought it up at his 15 month assessment. I couldn’t quite say what I thought was wrong apart from that he was a bit quiet. My older son, now aged 7, was very advanced speaking so I tried not to compare but even so he didn’t seem to be hitting those milestones. At the assessment the Health Visitor reassured me and told me to return if there was no improvement by aged 2. At this point I  didn’t think there were any cognitive issues, he seemed to understand what we were saying. 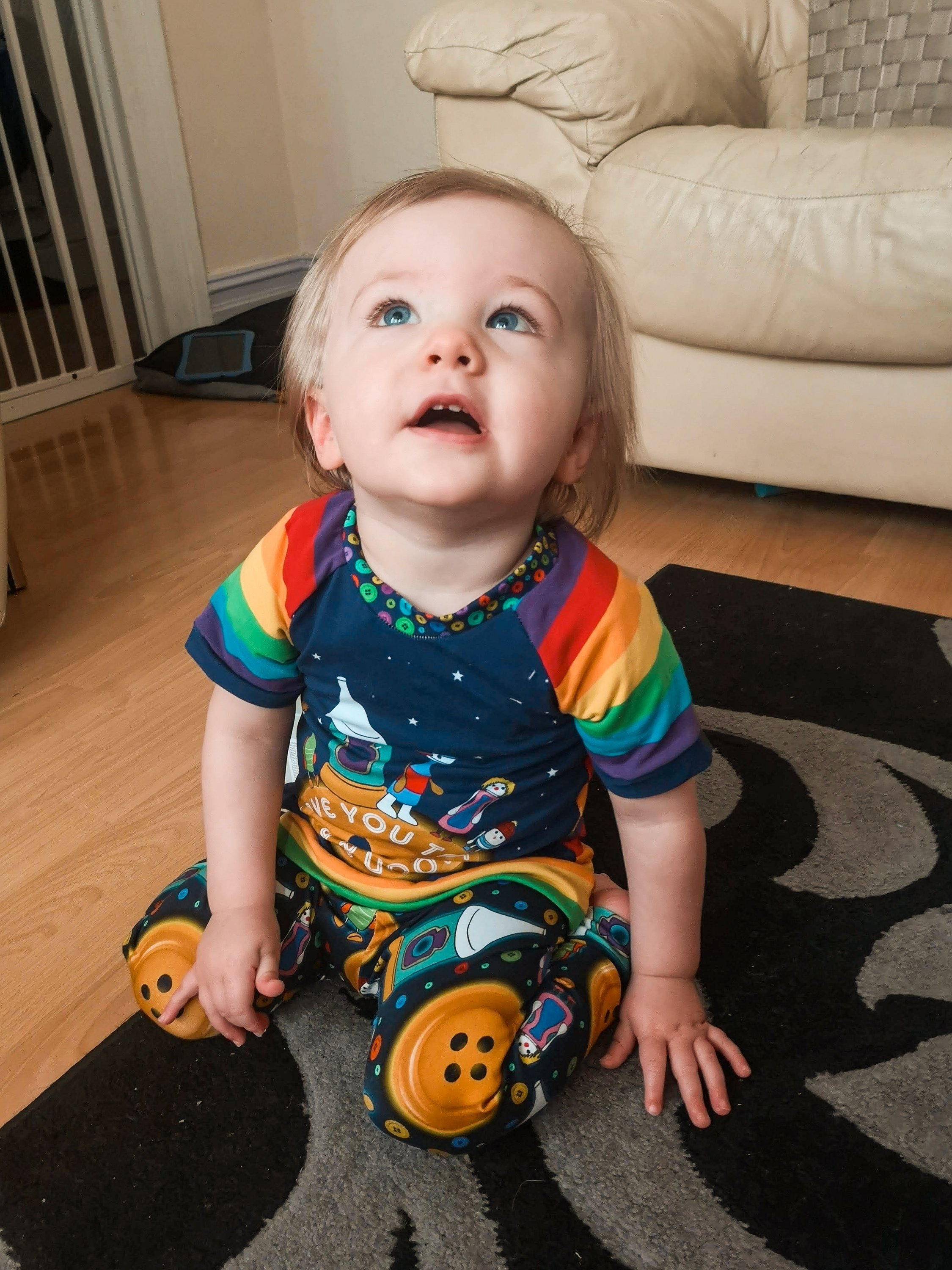 We sang lots of songs, read books all the usual things you do. We offered choices and emphasised the name of objects we gave him but there was very little progress when it came to speech. He understood what we were saying and had ways of communicating other than speech to make himself understood. He would point, take our hands to lead us somewhere, bring us a toy. He even had sounds we could recognise as ‘I like that’ or ‘I don’t like that’. I continued to wait until he was almost 2 but by the time he was 23 months he had basically no words except Mama and Dada. There were times we thought he may be trying to repeat a word we said but it was very unclear. By now I was certain there was a problem and contacted the Health Visitor again. I wanted him assessed by Audiology to check there wasn’t an issue with his hearing and also the Speech and Language therapist. The health visitor agreed after seeing him and referrals were made. I was given some basic information how to promote early language while I waited for him to be seen.

Of course, this was in Dec 2019, a world pre Covid. We knew the letters would come that waiting lists were suspended and when it arrived in March 2020 we were not surprised. We understand why it has to be on hold but it didn’t stop us feeling sad that our son had to wait longer for an assessment. We were contacted by the Speech and Language therapist in April 2020 who did a telephone assessment with me regarding Ezra. She sent me some more information but there wasn’t much that was new from what I had already been doing. I took to Google to see what else I could do to help. Then a friend told me about an app her son had been using, Speech Blubs.

I contacted them and explained my situation as above. They were extremely helpful and agreed I could try the app out in exchange for my honest review on my blog.

Before we started using the app Ezra could say Mama and Dada. Those were the only 2 words he consistently and clearly said. He occasionally would repeat a word but it was very sporadic. When he did repeat words they were often not very clear. He also repeated very few animal sounds. He would roar for lions and dinosaurs but that was pretty much it.

The Speech Blubs app is really simple to use. You start by answering some questions about your child and they give you a quick report to highlight any potential problems. That can be done without purchasing a subscription if you are curious to check it out. You then input some information about your child’s likes so that they can tailor the app for you. The main screen is simple for a toddler to use and Ezra picked it up and was really engaged with the games right away. I think he particularly liked the children saying the words or sounds. He seems to prefer copying the children rather than adults. He loves the picture filters too and the little stories at the end. I think guess the animal is his favourite at the moment as he always selects that option when we open the app. I love that it is really simple for him to use and it’s really difficult for him to accidentally click out of the app. There are also no ads which is perfect. 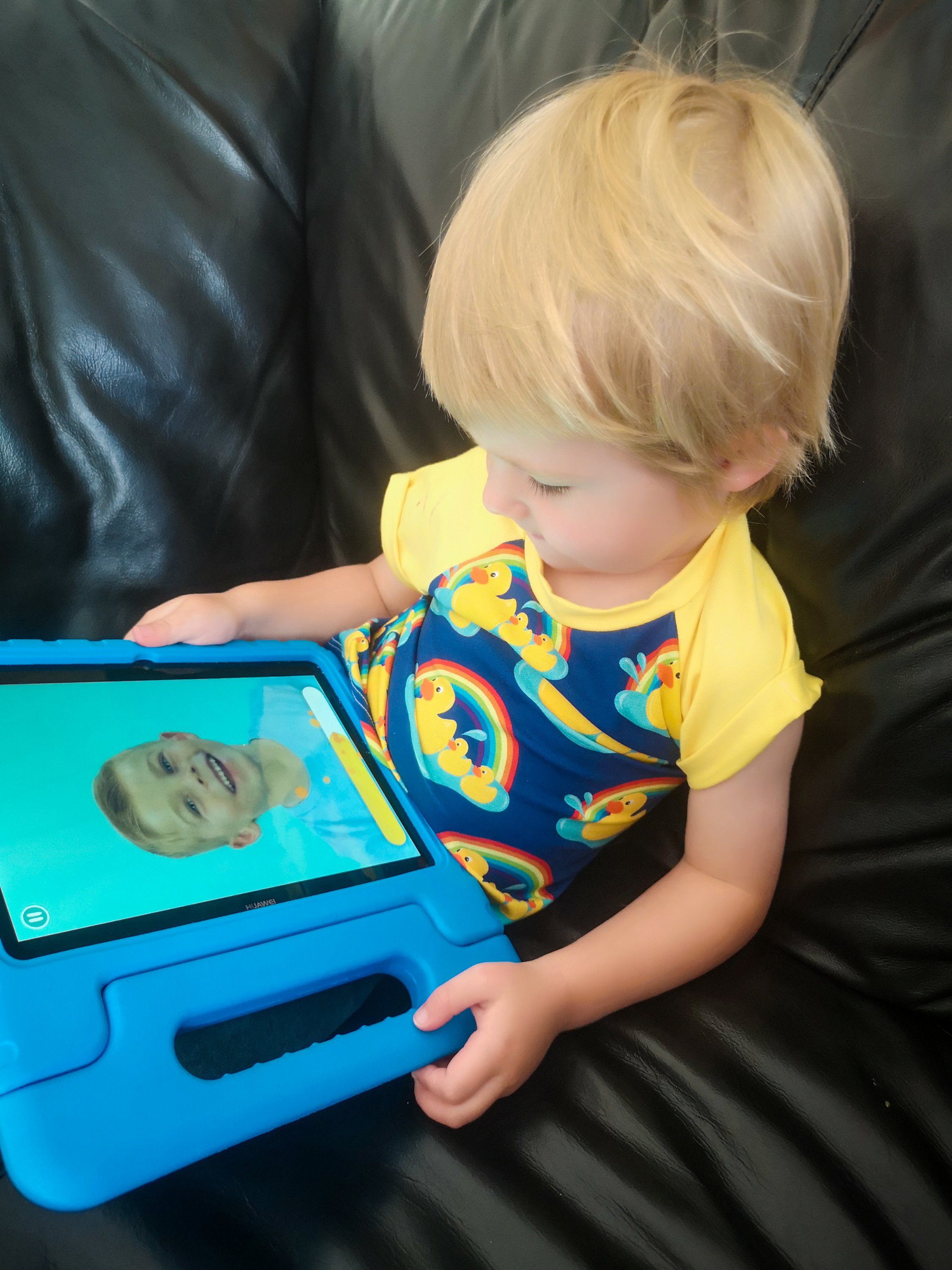 We have been using the app for 2 weeks so far. This is what I have found so far. Ezra is more willing to copy the sounds and words from the children on the app. He is copying many more animal sounds while we are using the app compared with when I try and get him to do them. He is repeating words we say more frequently and now uses the words ‘ta’ ‘more’ and ‘again’ regularly without prompt. He has started counting to ten! While the words are not yet clear and a stranger probably wouldn’t understand him we can! He loves pointing out and saying numbers now. I felt so emotional the first time I heard him doing it. He is repeating many more words now and he seems to be enjoying trying to speak. I know this is just the start and I am so excited to see how he progresses.

Here is also a link to the app on play store.

If anyone has any tips or advice they would like to share it is all gratefully received and I can share it with other parents too.